The Guthman New Musical Instrument Competition was this weekend, and brought in some very inventive new music-making devices from around the world. Here’s a small sample (more pics to come): SoriSu (video) (Hyeki Min): a Sudoku game that algorithmically generates music based on your play, using the same rules as Sudoku. Wrong plays generate harsh dissonance as punishment.

Hammond Organ from Engine (jan perschy, austria): Old Hammond organs generated sound not from electronic oscillators, but tonewheels–actual spinning wheels with magnets sensed by pickups. Rich timbres were made by mixing these tones together (“additive synthesis”). Jan has replicated this idea but uses various rotating parts in an engine for tone wheels. The pickups are actually Harley Davidson pickups used to detect piston position in actual motorcycles. The keys gate the pickups on/off. 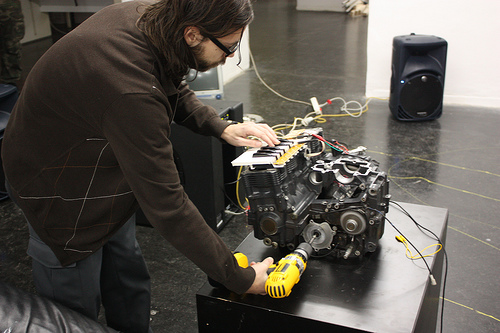 Motors on Fly-Wheels Sensed by Guitar Pickups (Neil Feather): Some of the best music (in the author’s opinion) came from one of the simplest instruments. Three fly wheels, each with a couple electric motors mounted on them. Neighboring guitar pickups hear different tones depending on how fast the the wheels are spinning, and lots of interesting phasing / beating effects were generated that slowly changed as the wheels slowed down. The inspiration apparently came from swinging vibrators near guitars… 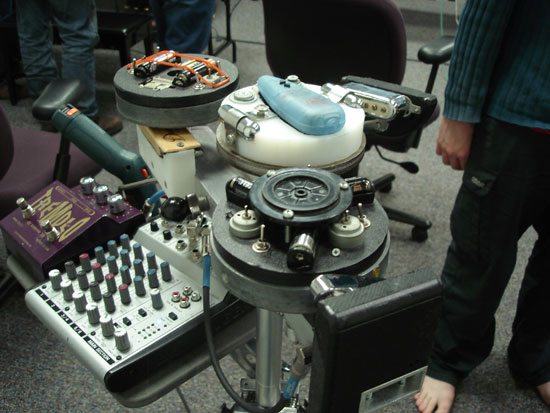 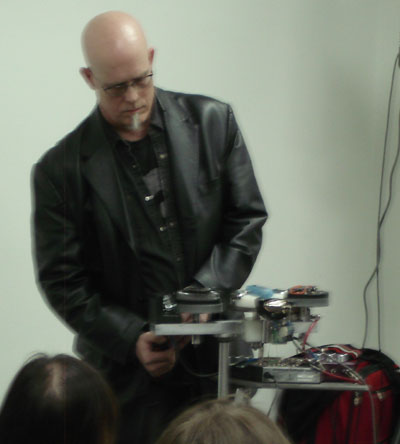 Silent Drum (Jaime Olilver): The 2D profile made by pressing and stretching a drum skin is used to control a phase vocoder. This was the winner of the competition. This instrument had a great connection between what you heard and what you saw. 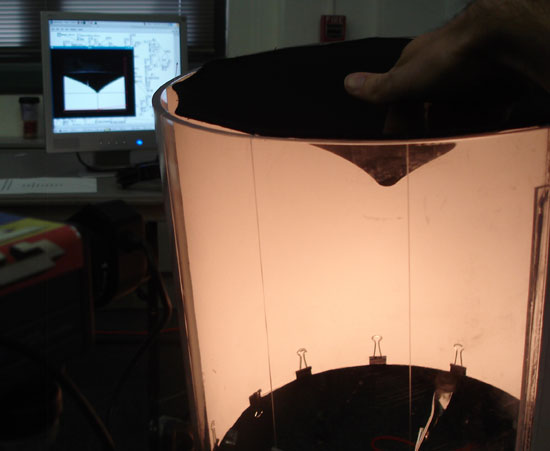 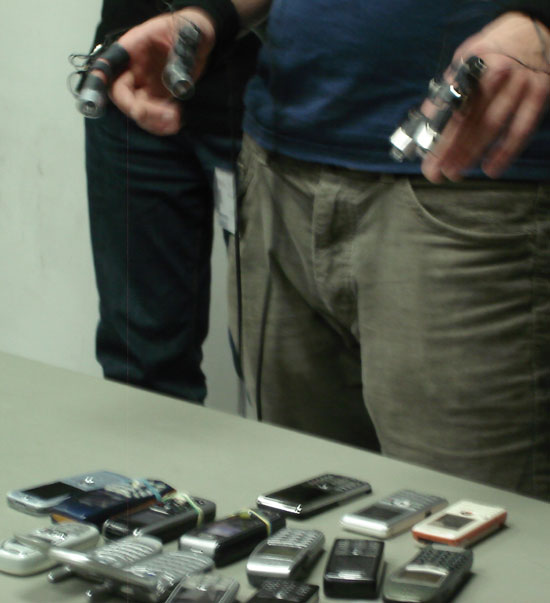 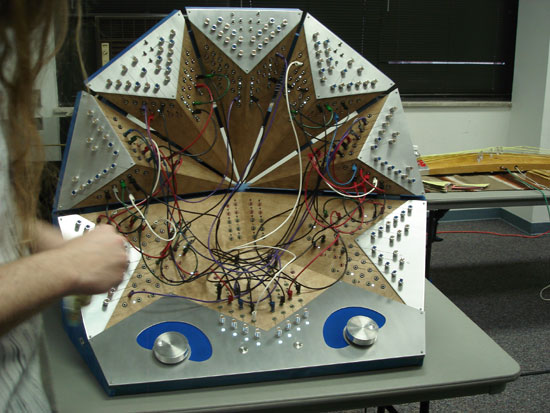 Skot Wiedmann brought an insane death-star patch-bay, which even he couldn’t explain how it really worked. Somewhat neural-nety, he said he was interested in the results of combining random collections of circuits. 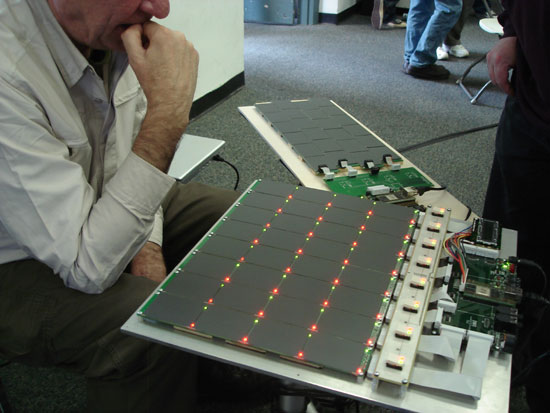 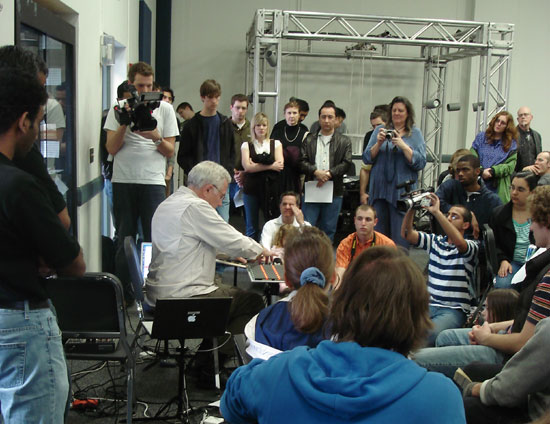