Travis, in recompas, did a set featuring the VOS synth and sequencer, along with a drummer and bunch of other stuff: minimoog and drumset, fender rhodes, roland space echo re201, mig muff pi, univibe clone, ibanez pt909. Here’s some audio. You can keep up with his shows at his blog. He’s also been playing with zoroaster, the loudest band ever, and should be featured on their upcoming album. Lastly, final prototypes of the next VOS module are in pcb manufacturing now. It will be called the ~MODULATOR and have a function generator, voltage controlled amp and a simple attack-release envelope generator. 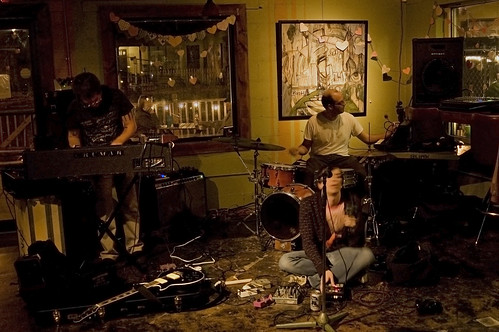