Based on the 4051 analog switch, this Shield lets you read up to 13 analog channels, and provides the connections for the Stribe1 ribbon cable and data line (screw terminal). Comes as a kit.

Stribe1 code rev E and later already incorporates the code to read more than 5 Stribe1s through this shield. Attach the ribbon cable to the 2×8 header and the data line to one of the screw terminal positions (both are connected).

The CD4051 is a switch that lets you connect one pin to one of 8 other pins. This way you can read 8 lines with only one pin on the arduino, giving a total 13 analog inputs when using the stribe_shield. Three 4051 pins control which of the 8 pins connect to the common I/O pin. Set your Serial Monitor to 57600 baud and connect analog signals to A0 – A4, and holes 0-7 along side the 4051 chip. Don’t attach anything to digital pins 4, 7 or 8–they’re used to control the 4051. Also the 5th analog pin connects to the 4051.

Example arduino code that reads in 13 analog values and sends them back over the serial port (baud 57600). 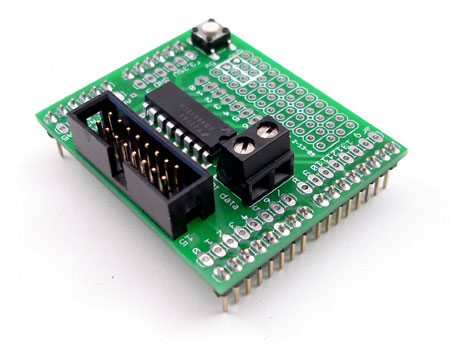 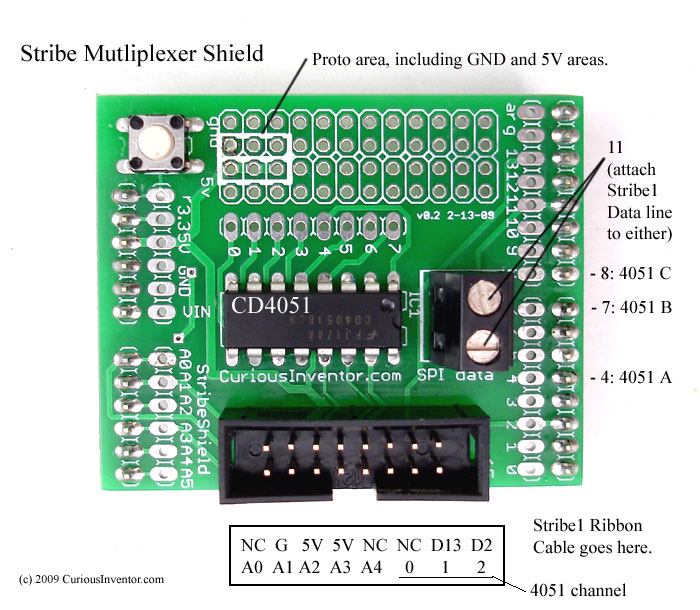 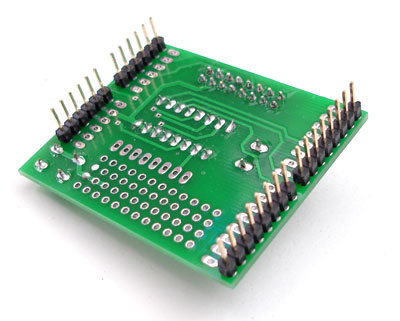 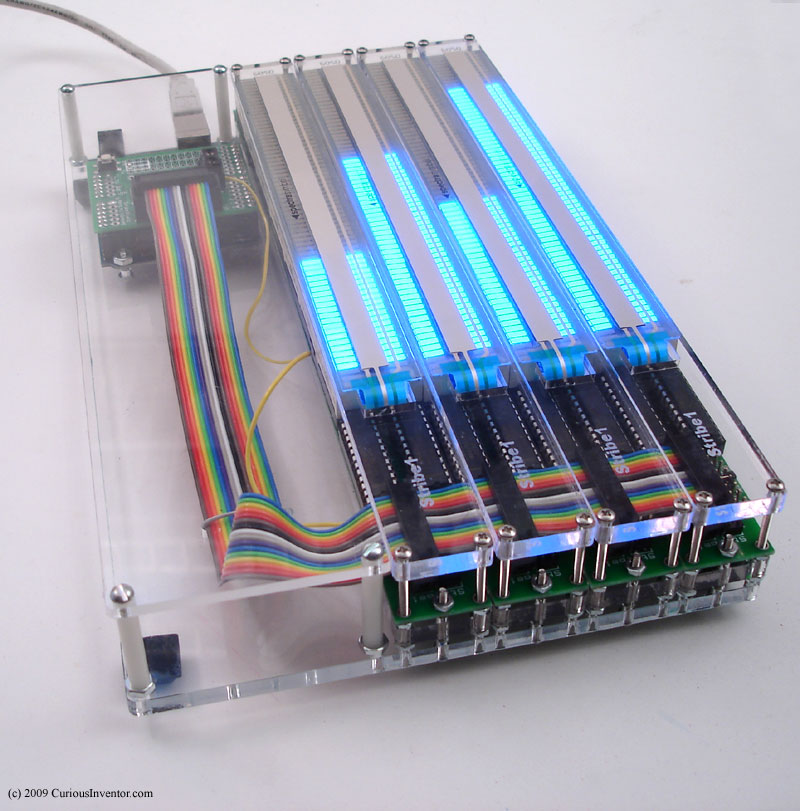